I get some ball-stutter when launching tabe via Popper but don't see it in VPX directly. 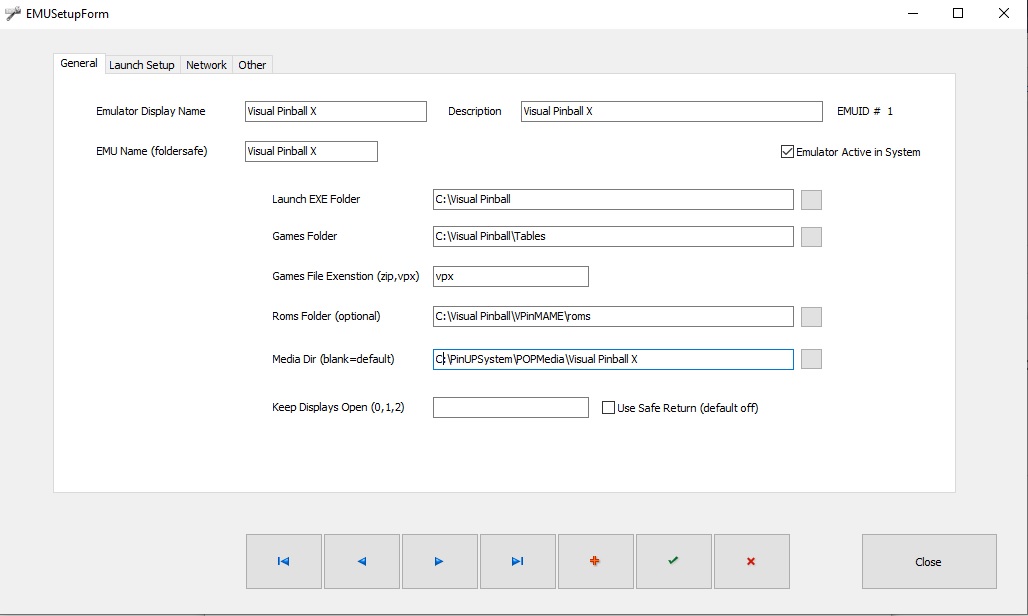 New for v1.4.6 and above here's the launch script that is the default.
For the NEW Options to Work, Use the NEW Launch Script from Below NOTE!! This launch script now controls how and when VPX runs Force Exclusive Fullscreen mode. The checkbox in vpx video settings doesn't matter (should be off in editor so that you can work in vpx easier).

Another 'neat' feature with this launch script is it supports ALTEXE field on vpx games. So if you want to run a vpx table with lets say the 10.71 beta vpx. You just copy/rename the 10.71 vpx exe to vpinballx1071.exe and
In Game Manager on the Left Pick the Game and on the Right In Alternate Launcher Put vpinballx1071.exe