Make sure you download via steam and setup PinballWicked prior to setting up in Popper.

“note”: by default you won't be able to get cab features until you ask them for a cabinet code. To get cab code, right-click in steam on PW and change under the 'betas' tab to experimental. Then go into game and under add-ons you'll need to ask for code. Once you get the code then you again go to add-ons to enable cab-mode.

once you have PW in cabmode you can set your cab options like DMD postiion and backglass. NOTE: for me the backglass isn't working correctly with PW beta and rotation, so i set KeepDisplayON 2 for this game in game manager. Once you have everything setup with keys and everything fine outside of popper then you can add into popper.

Go into Emulators and Add a new emulator like this: (note make sure you select SAFE RETURN checkbox!) 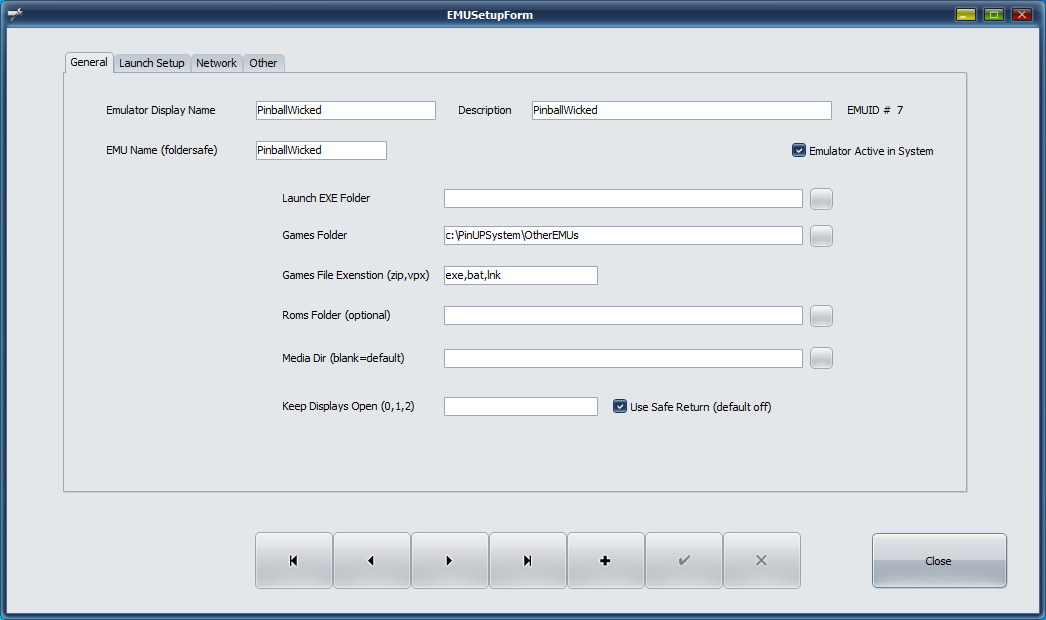 under launch Setup tab you setup:

NOTE: two things to note: i have in landscape so i had to put /rotate 90 and /Device 2 you will need to change the device to the windows ID# , also timeout 18 (seconds) if you have a slower PC or your auto keys aren't working increase that to 25 or more to test.

NOTE: you will also need to change the /device 2 to your playfield windows ID#

Make a subfolder in PinUPSystem called 'OtherEmus' (without quotes). This is a place you can put one-off utils and programs like this. You can put shortcuts or one-off batch files there for future as well.

What we are going to put in there is the macro needed for pinballWicked to navigate the PW menu. Special thanks to “joyrider3774” for his work on the AHK/keyboard macros and the menus in PW)

Download this (UNBLOCK before unzip) and place files into your OtherEMUs subfolder of PinUPSystem.

inside zip i added the 3rd party util 'display.exe' that rotates display (i find it works well). THIS DISPLAY.EXE SHOULD BE PLACED IN THE LAUNCH SUB-FOLDER OF PINUPSYSTEM if you don't have a display.exe already there.

Now go to Game Manager and scan/add new game (PinBallWickedmacro.exe). And update the game exactly like this: 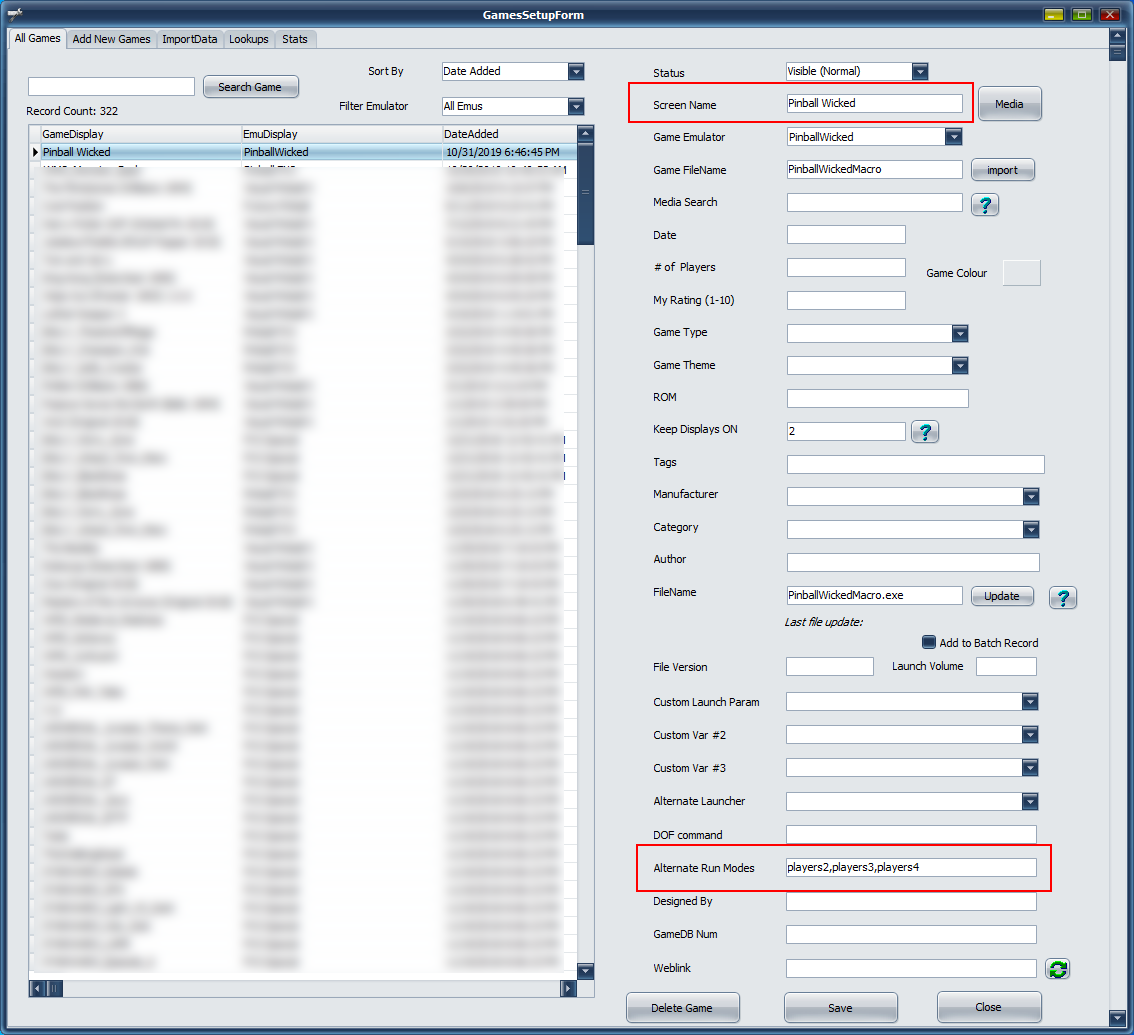 to be added by someone with a real-dmd :)

Except where otherwise noted, content on this wiki is licensed under the following license: CC Attribution-Share Alike 4.0 International